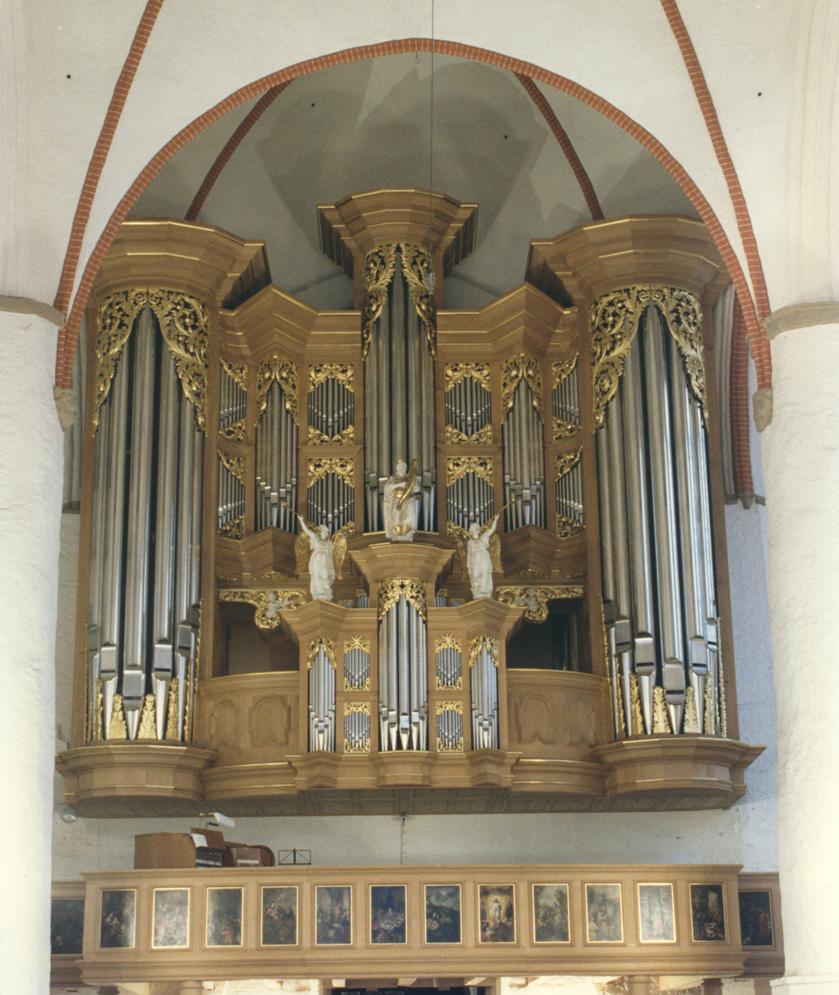 Report on the organ by Albert Schweitzer from 1928 (In German)

Photo to the right from Dale C. Carr

1689-1693: Building of the organ by Arp Schnitger, using 25 ranks from the previous organ, which was also a 4-manual instrument, by Gottfried Fritsche. This instrument in turn also contained older ranks, by Scherer.

1720: J.S. Bach applied for the post of organist. He did not succeed as he did not pay a certain amount of money to the church. Joachim Heitmann obtained the position, paying 4,000 Marks.

1760-1761: Repairs and minor changes to the organ disposition by Johann Jacob Lehnert. Viola da Gamba of the Hauptwerk and Trompete of the Rückpositif are his. 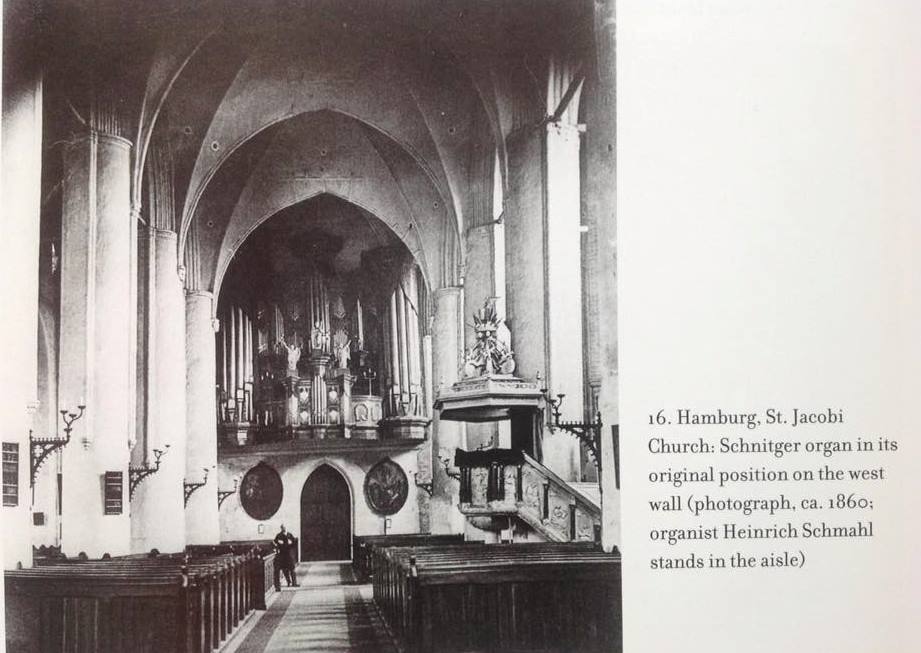 1890: Addition of a pneumatic windchest with 8 stops by Marcussen of Aabenraa. 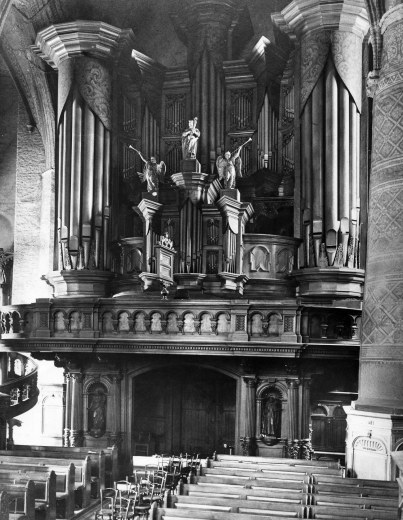 Photo of the organ about 1900. Source: http://www.jacobus.de

1925: Orgeltagung in Hamburg organised by Hans Henny Jahn. Major stimulus for the Orgelbewegung.

1942: Removal of windchests, pipework and ornaments from the church.

1944: The church destroyed by bombs. Nothing of tracker action mechanism, bellows or case survived. 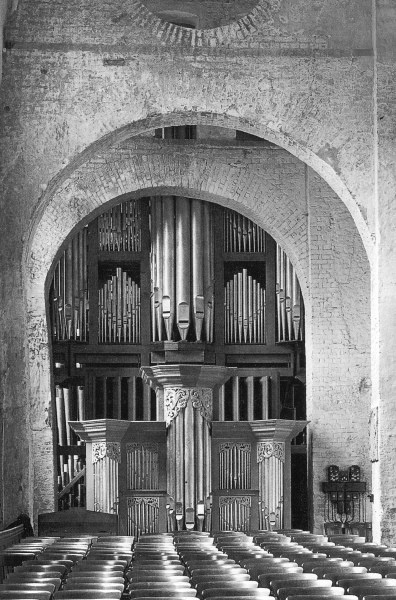 1959-1961: Re-installation in the west of the church with new case and new mechanism.
At the bottom of the page some of Cor Roeleveld's photos of the console and the stopknobs with images representing Mozart etc., a.o.
Photo of the situation after 1959/1961 to the left. 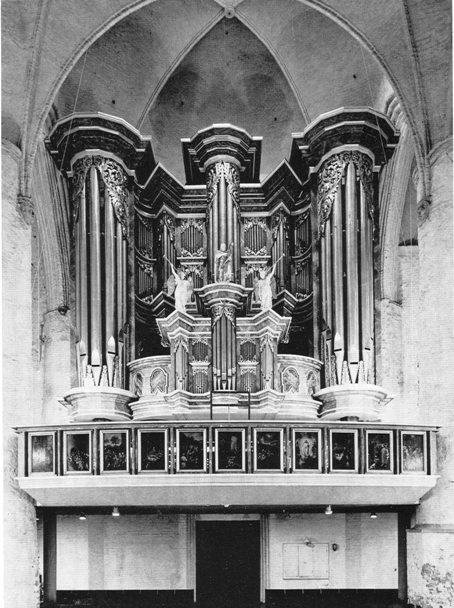 The organcase from 1961 was moved to Wismar when the new case of Ahrend was made. It was the intention to use the organcase for a new organ in the Georgenkriche. This plan was not realised.
The case of the Rückpositif is used in 2014 for a new choirorgan for the Nikolaikirche. The rest of the organcase was demolished. The console with the figure-drawknobs stayed in Hamburg. 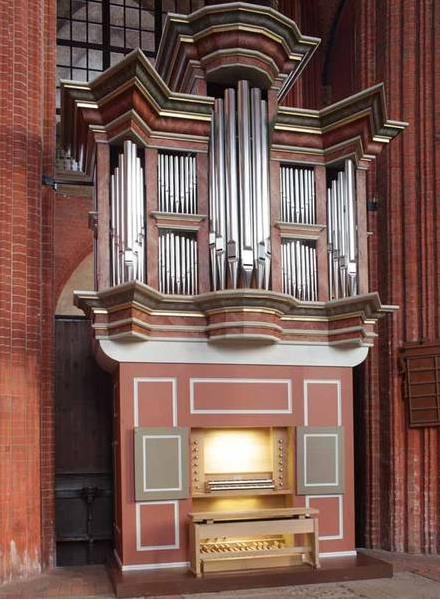 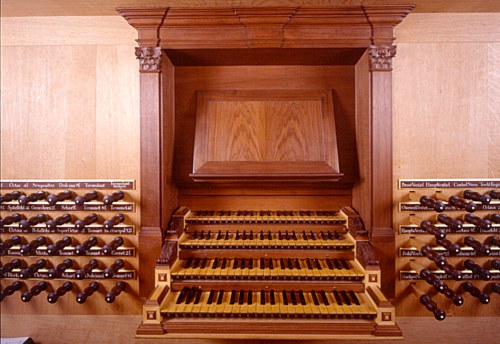 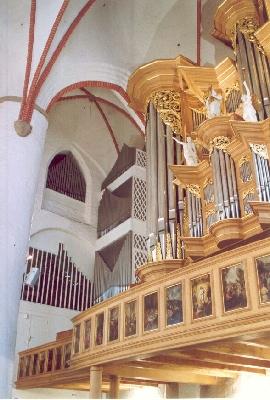 Photo above by Piet Bron. The Schnitger organ and to the left the new organ from 1970 by Kemper (01) 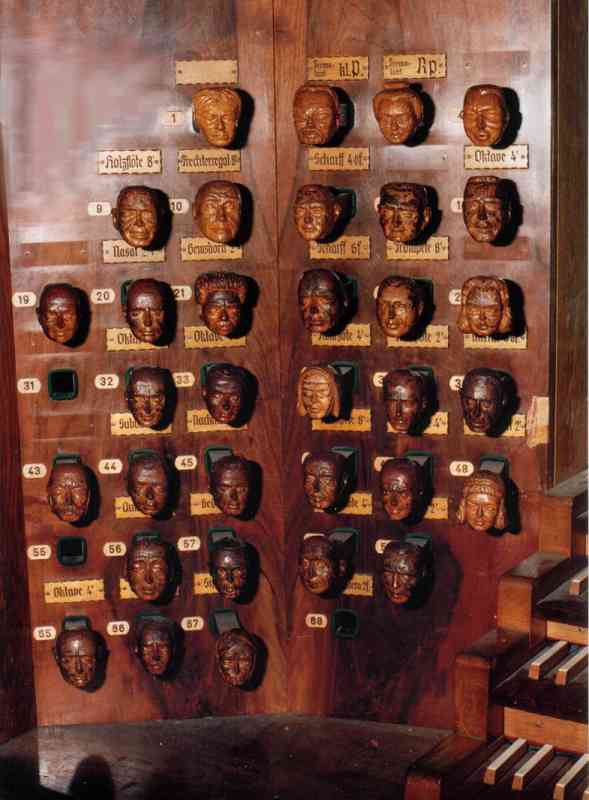 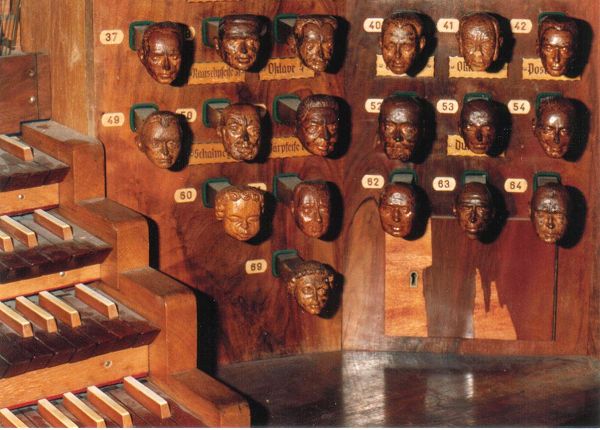 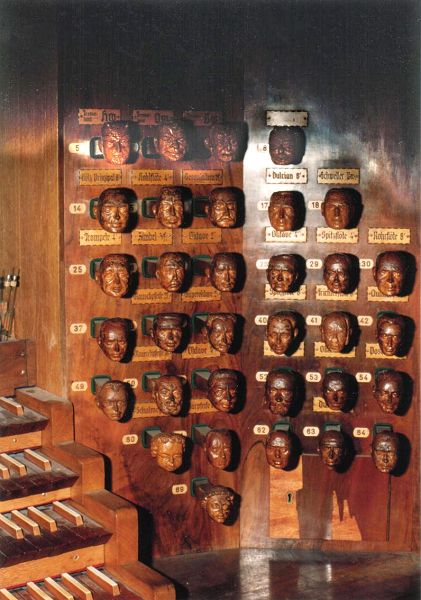 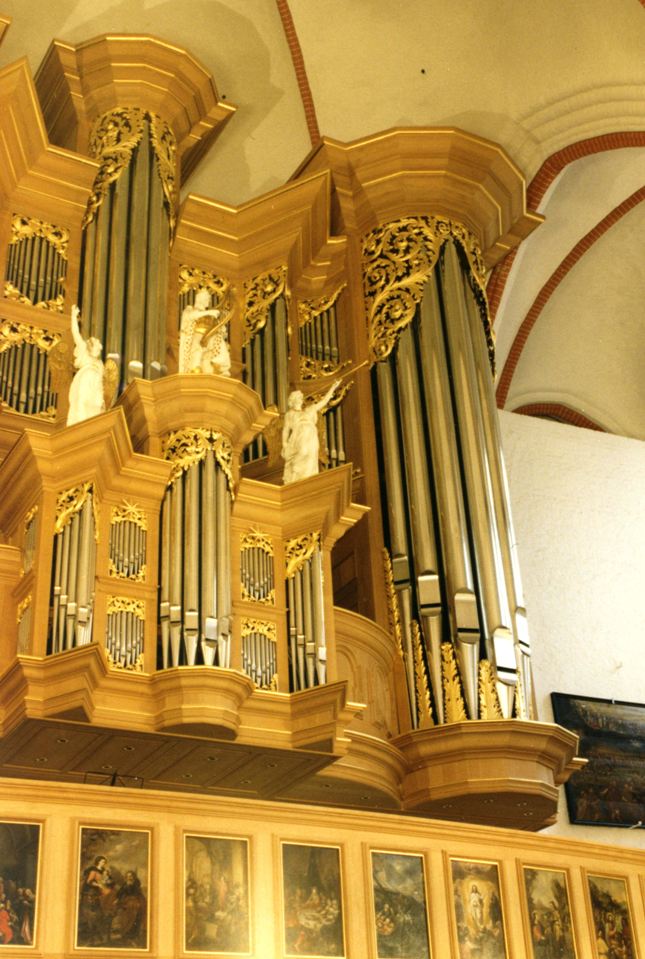